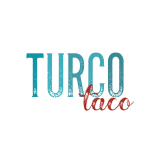 Yavuz “Oz” Ozturk came to America in 2001 in search of the American dream. He began his humble beginnings as a busboy, worked his way up to server position, while his English improved. With a strong drive to succeed, he entered into a partnership at a busy local diner in New Jersey. He continued to learn all aspects of the business and became proficient in all positions. Working from the bottom up, as an immigrant from Turkey, it was not always easy to adapt. However, in 2009, Oz was presented the offer to relocate to Sydney, Australia with his young family, to partner in an upscale fine dining Greek restaurant. This gave Oz the opportunity to continue to build upon his knowledge and learn everything there is to run a successful upscale restaurant. In 2011, he returned back to America and relocated to Naples, FL where he worked in several of the most respected restaurants. The opportunity to work for the famous chef, Art Smith, came in 2015, before deciding to move back to Sydney in late 2016. Oz owned and operated Bondi Fresh, a beachfront juice and smoothie shop that offered healthy salads and sandwiches. This venture intrigued the growing interest in turning to a more health-conscious lifestyle. The importance of a healthy lifestyle is something that Oz and his family are passionate about and will continue to nourish. It is with this passion, he returned to Naples to open Turco Taco and share healthy food that is near and dear to his heart and culture.  Oz has experienced both success and setbacks throughout his career. He is proud to present Naples with a concept that is the driving force of his creative restauranteur ambitions. We look forward to meeting you at Turco Taco and sharing our taco culture!

​Ivo Milanoski was born and raised in Macedonia, where his hospitality experience began, during his high school years. While working his way through college, he worked in every position from dishwasher to managing partner. During Ivo’s career he has worked as front and back of the house manager, at some of the best five star resorts in Greece. Ivo moved to the U.S. in 2008, to join a large food, beverage, and entertainment company, as a human resources district manager. In 2010, he moved to Naples, where he attended graduate school at Florida Gulf Coast University. He has since worked at some of the finest restaurants in town. Ivo’s passion for wine and spirits is reflected among several wine and cocktail programs in Florida, Macedonia, and Greece. He continued to build upon his restaurant knowledge as one of the opening crew members of the famous contemporary Mexican restaurant Masa, where he discovered the secrets and insights of the fine Mexican cuisine. Most recently, he has been with one of the most prominent restaurant groups in Naples, holding various management positions. His commitment to influence in the dining scene in Florida is what sets our restaurant apart from the competition.