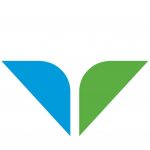 Snowbird opened in December of 1971 with three lifts, the Tram, the Lodge at Snowbird and the Snowbird Center. The Inn (then called the Turamura) was constructed in 1972, The Cliff Lodge west wing in 1973-74 and The Iron Blosam in the fall of 1974.

In June of 1974, after many years of dedication to the project, Johnson was ready for a well-deserved rest and wanted to spend more time with his family. He sold his interest in Snowbird to Bass.

In 1986, after three years of construction and renovation, an enlarged Cliff Lodge opened its doors to the public. The Cliff is among the finest resort hotels anywhere with a world-class health spa, conference center and the world’s largest privately held collection of oriental rugs. The 11-story atrium, which connects the original building with the new wing, offers a spectacular view. Snowbird Ski and Summer Resort includes the finest facilities the skiing world has to offer combined with an unparalleled accessibility to a major metropolitan city and international airport. Snowbird has also fostered a reputation for its environmental stewardship, for which it also has been awarded numerous prestigious awards.

The last three years at Snowbird have been some of the most transformative since the resort opened in 1971. Beginning with the construction of The Summit in December of 2015, an expansion of the Creekside Day Lodge, renovations to the Cliff Lodge and expanded snowmaking, Snowbird’s commitment to improving the resort has continued. As of the summer of 2018, the most recent projects include the renovation to the Snowbird Center by adding guest space and restrooms, a new network of bridges to allow for easier access to The Cliff Lodge, Snowbird Center and Lower Village and a new restaurant in the West Wing of The Cliff Lodge.  Snowbird’s investment in the future of the resort continues with the forthcoming launch of our newest dining establishment “Seventy-One”.